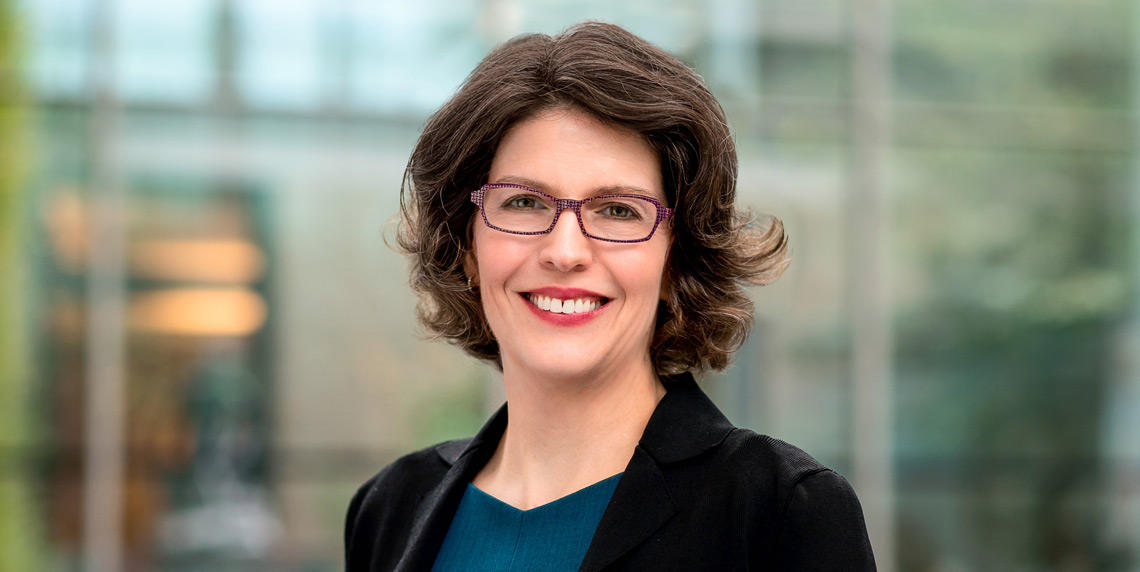 Expertly advocating for her clients, Rebecca translates innovation into value

With more than 22 years of experience in biotechnology patent prosecution and counseling, Rebecca offers intellectual property strategy, new application preparation, patent prosecution (US and foreign), preparation and negotiation of IP transactions, USPTO contentious practice, and the full scope of counseling services to clients of various sizes. Rebecca has earned a reputation for excellence in her field, having been recognized as an IP Star by both Managing Intellectual Property and LMG Life Sciences and ranked with an AV Preeminent® Peer Review Rating from Martindale-Hubble.® Rebecca has been described as protecting inventions in a “commercially viable and strategic way” and having “excellent attention to detail and quality of work.” Rebecca “quickly wins—and maintains—the trust of those she works with.” She has a special interest in counseling clients on patent application filing and developing worldwide prosecution strategies in concert with clients’ business goals. She has worked with biotech start-ups, research foundations, universities, and pharmaceutical companies, ranging from early-stage to publicly-traded companies. She has managed and directed the US and international patent portfolios for US clients and has overseen the US patent portfolio for international clients in Europe and Asia. Rebecca has also expertly resolved material errors made by others in transactions with the US Patent and Trademark Office, in applications under the PCT, or in foreign patent prosecution, including filing errors and errors in the payment of maintenance or annuity fees. Rebecca also has experience in litigation and USPTO contentious proceedings.

Rebecca, leading our Massachusetts office, has made significant corporate sponsorships to the Museum of Science, Boston and the BioBuilder Educational Foundation Apprenticeship Challenge to invest in the next generation of inventors. Rebecca also has a strong dedication to pro bono legal services and sponsors the Massachusetts office commitment to Greater Boston Legal Services at the Leadership League level. Rebecca has also represented individuals needing pro bono legal services, including first-chairing a felony criminal trial and obtaining increased benefits for disabled veterans.

Rebecca also serves as a US Ski and Snowboard L100 certified Nordic coach and member of the Board of Directors of Eastern Mass Nordic, Inc., an organization dedicated to promoting ski education, competition, and Nordic skiing as a healthy lifelong family sport.

“Who Owns That Patent? Do Your Interactions with Others Jeopardize Your Patent Ownership?,” Landslide 12(2), November/December 2019.

“The Pay-for-Delay Dilemma: Changes and Challenges Are on the Horizon for Innovative Pharmaceutical Companies,” Pharmaceutical Formulation & Quality, June/July 2011 (coauthor).

“Reform Law Would Allow for Quick Challenges to Patents,” The National Law Journal, May 9, 2011 (coauthor).

BIO IPCC, Who Owns That Patent? Do Your Interactions with Others Jeopardize Your Patent Ownership, November 18, 2019.

BPLA Chemical Patent Practice Committee, Moderator, Threats and Opportunities in Proceedings before the EPO with an update on the Unified Patent Court and Unitary Patent, September 12, 2013.

MassBio IP Committee, Moderator, Thriving and Surviving Under the Due Diligence Spotlight, January 18, 2012.

Webinar: Using the America Invents Act to Your Advantage at the USPTO, October 18, 2011.

Understanding US Patent Reform and How it May Impact Your Business, May 10, 2011.