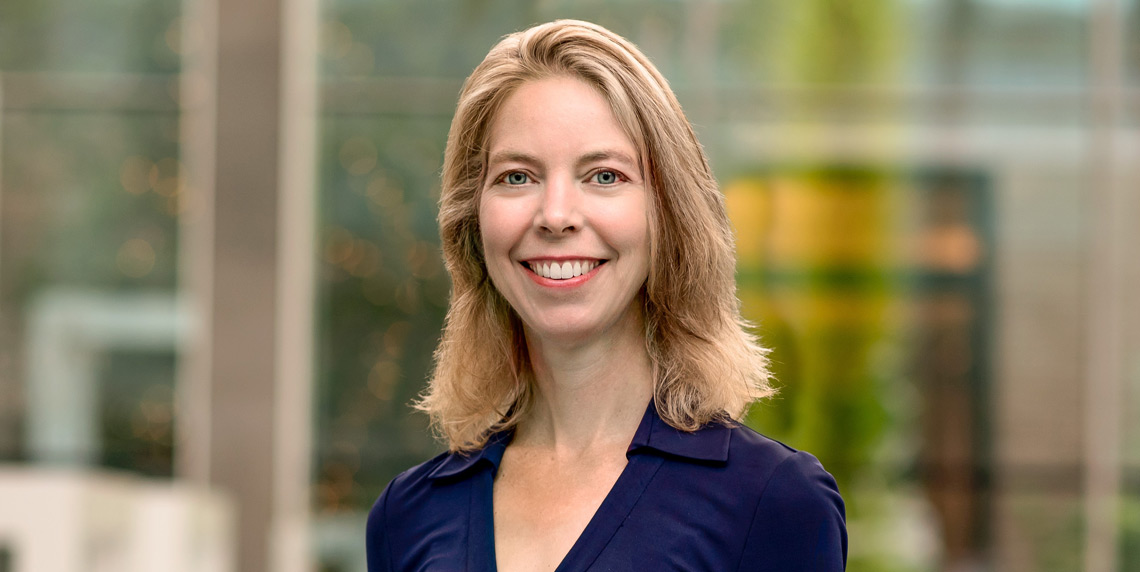 Liz brings substantial experience in both European and US patent law

Liz Doherty has spent the past 20 years assisting clients in the life sciences with a wide range of US patent law issues. Since a patent strategy is part of an overall business strategy, Liz works closely with clients to align intellectual property and business goals. Liz has worked with many types of clients, from recent start-ups to large multinationals to research foundations to venture funds. The technologies on which she has focused include antibodies and other protein biologic drugs, methods of medical treatment, diagnostic methods and biomarkers, omega-3 fatty acid pharmaceuticals, non-natural nucleic acids, genomic sequencing methods, immunology methods, novel plant lines, and related agricultural methods, medical devices, and bioinformatics.

Before becoming a patent lawyer, Liz obtained a PhD in Molecular Biophysics and Biochemistry from Yale University, where she worked in the laboratory of Dr. Jennifer Doudna, focusing on the structure of large RNA molecules.  And before joining McNeill Baur, Liz spent 14 years at Finnegan, Henderson, Farabow, Garrett & Dunner, LLP, in Finnegan’s Washington, DC, California, and European offices.

Liz’s current work focuses on helping clients to develop patent strategies for their research projects, conducting due diligence and freedom to operate analyses, and preparing legal opinions, as well as drafting new patent applications and prosecuting US patent application portfolios. She has also prepared inter partes review (IPR) petitions and assisted a patent owner successfully defend all of its patent claims in an inter partes reexamination before the US Patent and Trademark Office. Liz spent a decade working in Europe and has interfaced extensively with European patent attorneys, both as clients and as colleagues. As a benefit of her tenure in Europe, she has worked frequently with European patent attorneys to improve the drafting of new patent applications in order to avoid common pitfalls that arise due to the differences in law and procedure between the US Patent and Trademark Office and the European Patent Office.

Coordinating patent and regulatory strategies for new drugs and biologics is also an important aspect of Liz’s work. For example, she has counseled clients on non-patent exclusivities and US patent term extensions, and has helped clients to list patents in the US Food and Drug Administration Orange Book. During her legal career, Liz has also worked on several United States patent litigations, including three Abbreviated New Drug Application (ANDA) litigations.

“Subject Matter Eligibility in the U.S. in the Wake of Myriad and Mayo,” C5 Biotech Patenting conference, sponsored by C5, Munich, Germany, March 27, 2014.